We all have thousands of melodies and songs in our heads that we can hum or sing. And yet, many people judge themselves harshly and wrongly as ‘unmusical’ because they can’t read music, or more specifically one notation system: staff notation.

The music education writer John Paynter argued that we ‘make a lot of assumptions about music. We may need to get rid of these before we begin. For example, music isn’t crotchets and quavers. It’s not dots on paper. It is sounds.’ (Read more in Thinking and making: selections from the writings of John Paynter on music education, published by OUP.)

We should remember that learning to read and write words takes significant time and concentrated effort. Throughout this process we encourage children to play games with sounds, create words and then sentences, tell stories, chant poems and express themselves – using their limited reading and writing skills in motivating, purposeful ways that make sense to them. Gradually children are able to encode (write) and decode (read), using symbols that can be combined in infinite ways. We have realistic expectations that their spoken use of language will be far superior to their reading and writing of coded cues.

What would it be like if we followed the same principles with musical notation? On the one hand, in many of the world’s cultures music is created, learned and performed without notation. And yet, embedding the meaningful use of musical notations into learning can provide a springboard to broader and deeper engagement with different types of music, just as reading and writing words opens up the literary world. We should consider, therefore, how notations can be used to support and extend musical learning, while recognising that children’s use of notations will typically lag far behind their ability to ‘think in music’.

‘Sound before symbol’ is often deemed a desirable approach to musical learning, and there is little merit in teaching notation away from music-making as this negates the interdependent relationship between sounds and symbols. In his book The Sounding Symbol (published by Nelson Thornes), George Odam argues that the symbols must not ‘get in the way of the sounds they represent’ and that ‘thinking in sound, imagining sound, constructing possible sounds in the head and improvising music all have to be established as skills before the symbols for these things are learned’. This point of view proposes that practical musical activity should be the focus of music education, from which purposeful use of notations can develop.

Notations and the National Curriculum

Within the current National Curriculum for Music (available on the Department for Education website) the term ‘notation’ receives three specific mentions. One is in the overarching aims, while the other two relate to specific key stages as follows:

It is important to note the plural term ‘notations’ – a clear indication that multiple notation systems should be considered. ‘Tablature’ (tab for short) is effective for showing ukulele and guitar chords, providing a visual representation of the fingerboard, and is often used alongside staff notation. There is plenty of repertoire in the Sing Up Song Bank based around a limited number of simple chords, and children may use these chords to create their own songs. Tab notation therefore has a specific purpose in this case.

Despite only appearing in the National Curriculum from Key Stage 2, symbols can also be used with younger children to support and extend musical learning. In Teaching music in the National Curriculum (Heinemann, several authors) it is suggested that ‘in the early stages, teachers may use a three-dimensional object or objects to represent a sound or pattern of sounds. This can lead to the use of graphic notation in which elements such as exact pitch may not be precisely identified’. The authors go on to suggest that ‘through such improvisation and discovery, pupils can come to recognise the need to notate the music they are making, and attempt to meet that need’.

For example, when children make up their own music they may use ‘invented’ notation systems, drawing in part on something they know. 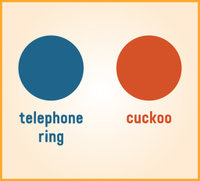 Initially, it is essential for children to understand the relationship between sounds, silence and symbols. Voice work is very useful for this. For example, ask children to hold up different colours on card. Taking the children’s suggestions, assign one vocal sound to each colour (eg. a telephone ring for blue and a cuckoo for orange). As the ‘conductor’ points to a colour, the class should make the assigned sound.

There are many ways you could develop this musical game. The children could work in groups to create their own pieces based on two sounds and then notate them with colours (encoding). They could ‘read’ left to right from a score of the two colours (decoding) to perform the music. You could explicitly introduce silence, different pitches (depending on how high up the colours are placed) and volume (perhaps using different sizes of paper). Note that a beatboxing rhythm grid can be adapted for this and many other purposes.

In standard (staff) notation, pitch and rhythm are different yet interrelated aspects needing careful consideration. In terms of pitch, we need to instil an understanding that the pitch (how high or low the note is and which direction the music is moving in) is relevant to the vertical position of the note. 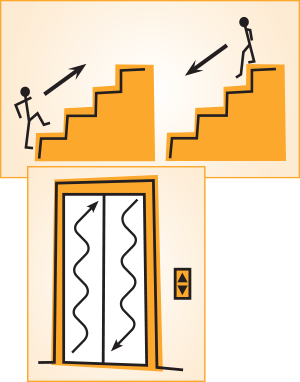 The game Stairs and Elevators is useful for this. As the teacher’s hands move up by step, the giant walks up the stairs and the children’s voices go up the scale. If the giant takes the elevator up, the hands and voices slide (the musical term for this is glissando) upwards from low to high. The giant can also come down the stairs or the elevator.

Once children are familiar with this game, it can be adapted in multiple ways. For example, half the class can follow the conductor’s directions while the other half show with their hands or notate what they hear with their backs to the conductor. Children could compose and notate their own short ‘stairs and elevator’ pieces and have others play the piece from the ‘notation’. This leads into the idea of ‘jumping’ from a low step to a high step and the pitch of the notes being further apart. What would this sound like? What would it look like? Such games offer a simple way into reading and writing graphic scores.

Introducing only two notes on staff notation, at least in the first instance, is another useful strategy. Using the notes G and E you can teach a lot of songs and games, get children to invent their own and also establish understanding of ‘lines and spaces’ in relation to the staff. It can also make it easier to teach pitch and rhythm together.

One of the most frequent comments I hear is ‘I can’t read music so I can’t teach music’. Apart from being untrue, this is also an unhelpful self-perception. ‘Reading and writing music’ encompasses many different things, and singing and vocal work offer great potential in this respect – and, importantly, are accessible to all teachers.

Keith Swanwick, another eminent music education writer, urges musical fluency as the central goal of music education, relegating notational literacy to ‘simply a means to an end with some music’ (Teaching music musically, Routledge). While the implication here is that the aesthetic experience of music is an aural one, we should also remember that learning to read music can broaden and deepen the aural experience in many ways – from playing in groups to writing down your music so others can play it.

A final guiding principle? Let’s keep in mind that notation exists because of a musical need – it’s not something to be taught and learned for its own sake. So, if we keep notation firmly embedded in a musical context, we shouldn’t go too far wrong.

Written by Alison Daubney. Alison is a teacher of music, teacher trainer and international curriculum development expert. She has worked as an instrumental teacher and head of music in primary, secondary, and special schools and taught all ages from preschool to postgraduate. 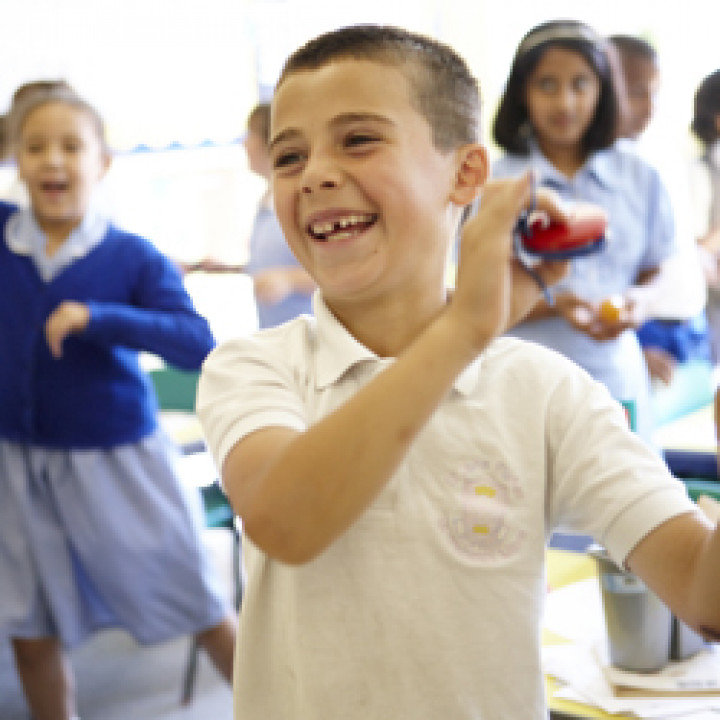 Check out our fabulous research all about the benefits of singing! 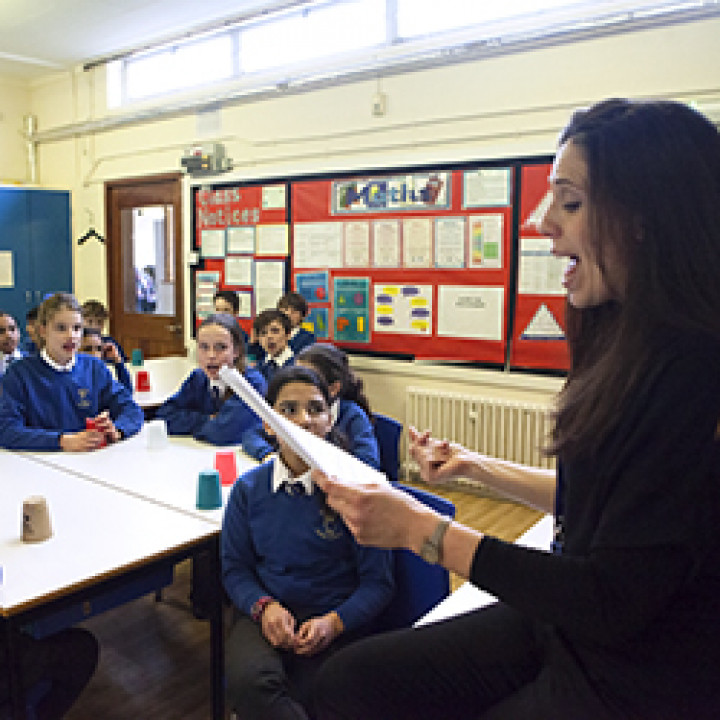 Teaching ideas
#SUHotTopics: How to develop musical learning across your school