When Liz Pichon started charting the adventures of 10-year-old schoolboy Tom, his family and of course his band the DogZombies in 2011, it was from a desire to create something she would have loved to read at that age, as if from the pages of a child's own exercise book.

'I knew I wanted them to be STUFFED full of lots of creative things like drawing, doodling and music, everything I used to love as a kid,' says Liz. 'It also meant I got to write song lyrics and make up band names, which was really hard to do as so many of the names I thought of turned out to be real bands!'

13 books later - the 14th hits the shelves in May - the Tom Gates series, with its anarchic mix of fonts, illustration and humour has struck a chord, not just on the page.

When she asked husband - music producer Mark Flannery - to turn some of the lyrics into real songs her brief was to remember what is was like to be Tom's age and have fun.

'All the DogZombies' songs are written with simple chords so kids can learn to play them too,' she adds.

After training in graphic design, Liz became an art director at Jive Records and she explains that music is integral to the storytelling in the Tom Gates books.

'I've often used the music to help the plotlines along and I've given Mr Fingle (Derek's dad) a whole record collection that he's very protective about. Tom's always trying to have band practices that don't work out and they never seem to be able to play a whole gig as things always go wrong.'

More music is in the pipeline for upcoming books including songs for character Tea Cup Tony, a former country and western singer who lives in Leafy Green Old Folks Home. Liz is clearly looking forward to unleashing tracks including Don't dip your biscuit in your tea too long.

Liz has spoken about her, and her son's, experiences of dyslexia in the past and urges children to find books they enjoy in whatever form.

'This sounds obvious but nothing sucks the joy out of reading more than being forced to read something you're not interested in. It could be comics, graphic novels, books on insects; anything - just read as much as you can,' she implores.

'If you're writing a story, keep going and don't let anyone put you off no matter how long it takes you to finish,' Liz advises young writers. 'Once you've written your story, read it out loud to yourself or to someone else. I always do that - even if it's the next day as it helps me to spot things that might sound odd or I can improve on.'

While she'd illustrated plenty of other authors' work, Liz admits it took her a very long time to start writing her own stories as it had never occurred to her she could.

'I'd always loved creative writing in school but spelling was an issue! But once I'd illustrated other people's books I began to see how things worked and how to use the pages and fonts to help to tell the story. It also meant I didn't have to wait for someone to give me a job - so that was a great motivation!'

Now her handwriting has even spawned its own Pichon font - how does that feel?

'EPIC!' says Liz. 'I'm doing another one soon as well - a bubble font. I had to draw out all the letters and numbers including ones for the different foreign editions as the books are translated into 42 languages (which is also EPIC).'

Humour unites the Tom Gates stories and songs - The Brilliant World of Tom Gates even winning the Roald Dahl Funny Prize - so it's perhaps unsurprising that Dahl's Twits were an early inspiration.

'Mrs Twit's glass eye in Mr Twit's beer is always funny. I'm not sure publishers would let you put beer into a children's book now! Funny books were always my favourites when growing up and I loved poetry too. Reading Spike Milligan's Silly Verse For Kids made me feel that I could draw and write my own poems as well.

'Writing lyrics for songs is a continuation of that. I'm just lucky enough to be able to turn them into real songs now. I even got to design an album cover for the Tom Gates CD - so it's like I'm coming full circle," says Liz.

Walt Disney, Mary Poppins and all the Jungle Book characters were also childhood favourites, films inspiring her to search out the original books to read. She admits her favourite character in her own books has to be Tom, although she loves writing for Marcus and The Fossils as well.

Working from her shed in the garden, Liz says ideas can come from snippets of conversation, magazines, online, everywhere and recommends children keep a notebook.

She adds, 'My son wrote a funny birthday card the other day - it said: 'Today is all about YOU - tomorrow - not so much' - it really made me laugh so I'm sure I'll use it somewhere in a book.'

Details about a character - their favourite snack (in Tom Gates' case caramel wafers), their favourite band (Dude3) - help to tell the story and build up your knowledge of what type of people the characters are, explains Liz.

'I have to admit I picked out caramel wafers because I used to love them as a kid and I'd do the wafer trick as well (like Tom does). The packaging is still the same as it always was too - it looks very vintage don't you think?'

Meanwhile characters' names can build on their image. 'Roald Dahl's character names were always superb - Miss Trunchbull sounds exactly how she looks!' Liz observes. 'I drew all the Tom Gates characters then named them and Marcus Meldrew fitted him perfectly.'

While Liz recommends World Book Day's author videos as a great way to find out how other writers and illustrators work, she stresses everyone has their own way of working.

'You have to find what's best for you and there's no substitute for just putting pen to paper and just having a go - even if you make mistakes it doesn't matter.'

How does doodling make the Tom Gates' books more accessible to children?

It just helps to visualise the story and kids seem to like the style and enjoy copying it as well, which I love to see. I try and use the pages like pictures books where you get those page-turning moments as well.

What's the best way to get started?

There's no WRONG way to doodle, just have fun. Tom Gates' style is very easy to copy, I used to copy from comics when I was a kid - it helps you to learn different styles of drawing.

Are there any great doodlers who have inspired you?

I was CRAZY about Walt Disney as a child. William Stieg wrote and illustrated a book called The Bad Speller which is full of funny animals and people with badly spelt captions under them. I still have that book today and it makes me laugh even now.

Q. Tom, where did the inspiration for The cat song (featured on the Song Bank) come from?
A. It came from a CAT walking across the garden. I'm not allowed a pet (thanks to DELIA being allergic to them) so it was Derek who saw a cat from the window and wrote a very good song.

Q. What is your advice for anyone who wants to learn how to play and sing the song?
A. Check out the Tom Gates app! You can learn all my songs from there and just have a go and keep practicing with nice snacks.

Q. What would you say are DogZombies' musical influences?
A. Crisps and caramel wafers are a big influence and always help us to practise but DUDE3 are our favourite band EVER.

Q. If DogZombies went on tour, what would be on your Top 5 tour bus playlist?
A. We will rock you by Queen Wild thing by The Trogs Shout it out by Dude3 (of course)

Q. And would DogZombies demand a tour rider?!
A. Caramel wafers (of course) but not too many for Norman though. Bananas as well - you can do doodles on them as you go.

Q. Do you have any tips on how to start writing a song?
A. Make sure you have lots of good snacks available. Having a grumpy teenage sister can be quite a good source of inspiration too. 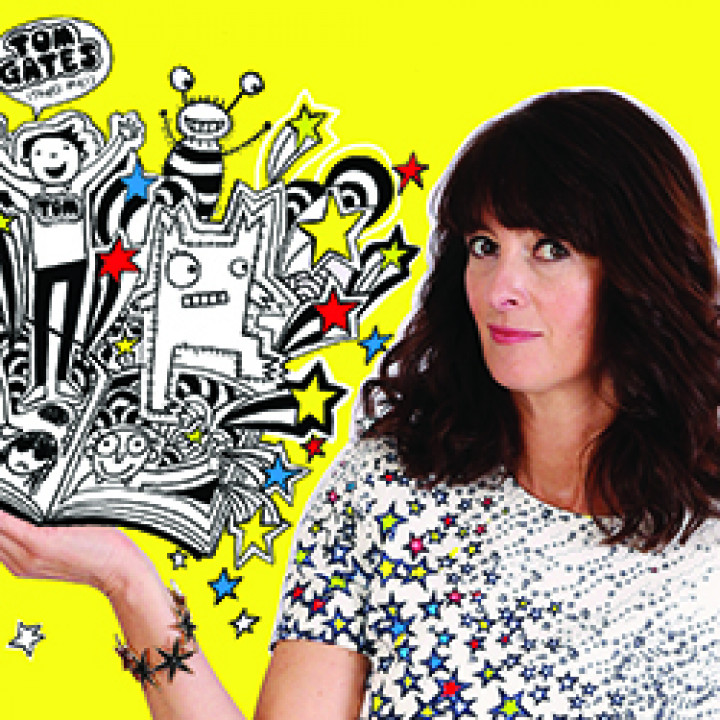