As the world succumbed to a global pandemic in 2020, World Voice, a British Council initiative, was drawing to a close after seven ground-breaking years and now, the Sing Up Foundation is taking on the programme to develop and continue the legacy of the international initiative.

Starting in 2013, World Voice was inspired by Sing Up and developed by the British Council and Artistic Director Richard Frostick to train teachers overseas to use singing to develop musicality and as a tool for learning in the classroom. In seven years, World Voice enriched the lives of 1.55 million children and developed the skills of over 12,000 teachers across 23 countries (Argentina, Bangladesh, Brazil, Chile, Colombia, Cyprus, Ethiopia, Greece, Hong Kong, India, Jordan, Kenya, Lebanon, Morocco, Nepal, Palestine, Russia, Rwanda, Senegal, Sierra Leone, Sudan, United Kingdom and Zimbabwe).

World Voice worked in a wide variety of contexts and was adapted to support a range of outcomes for children, from supporting language learning, to fostering a sense of community in refugee camps, to using the content of songs to learn about curriculum subjects and more. Across all of the contexts and across the world, World Voice managed to have a real impact on the wellbeing of the children and their teachers, highlighting and supporting the established research about the wide-ranging benefits of singing on health and wellbeing. In the World Voice evaluation conducted by Sound Connections, amongst many important outcomes, the benefits of the singing programme on overall wellbeing, on the children’s sense of achievement, social skills, behaviour, engagement and building relationships were all highlighted as key outcomes.

Developed by Richard Frostick and built on a cascade model, the international training programme first sent in experienced singing leaders to work with children, then train the children’s teachers, music specialists and lay teachers and finally train some of these teachers to become Master Trainers to mentor and cascade the methods further. The programme was underpinned by a set of resources and a handbook, all of which will be available through the Sing Up Foundation. The World Voice Teacher’s Handbook, videos, the Sound Connections evaluation and a selection of song materials are now available at www.singupfoundation.org/worldvoice.

Celi Barberia Head of the Sing Up Foundation, says: “We’re incredibly honoured to continue and build upon the World Voice programme. It‘s clear that World Voice had a profound impact and over the next year we will develop the work to celebrate the legacy established by the British Council and create a revitalised World Voice programme.”

Cathy Graham OBE, Director of Music at the British Council, says: “The joy that World Voice has generated for everyone who has been associated with it across the world is truly inspirational, and a ringing endorsement of the power of singing to improve lives. As Sing Up is the organisation which delivered the National Singing Programme in England during 2007 – 2012 which was the original inspiration for World Voice, we can say that the programme is returning home. The British Council is delighted that the initiative’s important cultural relations legacy will continue to flourish under Sing Up.”

To find out more about the Sing Up Foundation and World Voice and to access the evaluation, the teaching handbook and some of the teaching materials, visit www.singupfoundation.org/worldvoice.

1. March 2020 marked the end of the British Council’s World Voice Programme after seven years in 23 countries. The programme, which trains teachers to use singing to develop musicality and as a tool for learning in the classroom, operated in partnership with governments, Non-Governmental Organisations (NGOs), United Nations (UN) agencies, arts organisations, headteachers and schools. It reached over 1.5 million children and trained over 18,000 teachers. The World Voice methodology was developed by Artistic Director, Richard Frostick, which enabled a flexible programme of singing training that could be applied to a wide variety of contexts and trainees of all levels, and adapted to support a range of outcomes for children, including language learning, fostering a sense of community in refugee camps, using the content of songs to teach all aspects of the curriculum, and as a tool for positive behaviour management, or to build confidence and self-esteem. The programme was underpinned by World Voice resources, including the online World Voice Songbook and the World Voice Teachers Handbook. The Handbook and a selection of these songs and resources are now available at www.singupfoundation.org/worldvoice

2. Sing Up is an award-winning organisation that began as a government funded programme to reinstate singing in primary schools in 2007. It was a very successful programme, reaching 98% of primary schools by 2012. Since 2012, when the funding stopped, the organisation has sustained itself entirely through earned income from schools’ membership subscriptions and the continued loyalty and investment from schools is a sign of the value they place on singing and on the work of Sing Up.

3. Sing Up provides resources, training and guidance to support schools and believes that all children and young people have a right to good quality singing provision, to deepen their

understanding of music and singing, raise attainment and develop lasting tools to express themselves with confidence and creativity. With ten years of experience at the forefront of music education, Sing Up’s specially arranged songs, teaching tools and support put singing at the heart of learning.

4. Sing Up has always been a champion of the wider benefits of singing – for education, social and health outcomes – and marked its 10th birthday in 2017 by launching the Sing Up Foundation, a new charity with a commitment to a new charitable purpose supporting singing for health and wellbeing.

5. The British Council is the UK’s international organisation for cultural relations and educational opportunities. We build connections, understanding and trust between people in the UK and other countries through arts and culture, education and the English language. In 2019-2020 we reached over 75 million people directly and 758 million people overall including online, broadcasts and publications. Founded in 1934 we are a UK charity governed by Royal Charter and a UK public body. We receive a 14.5 per cent core funding grant from the UK government. www.britishcouncil.org 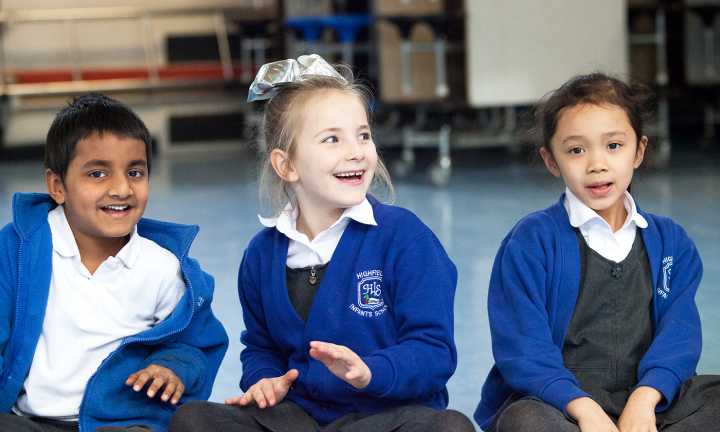 News
#SUHotTopics: The benefits of singing