Computer games often receive a bad press in terms of their perceived negative impact, but their soundtracks subtly introduce children to a tremendous breadth of musical cultures and genres, from classical favourites to cutting-edge contemporary music. We talked to two top game music composers – Jessica Curry and Stephen Baysted – about the benefits of game soundtracks and the compositional techniques involved in writing for this medium. Jennie Henley then takes some of the principles of game music and translates them into fantastic activities that you can try with your students!

For Jessica Curry, director and composer at acclaimed studio The Chinese Room, computer games can prompt children to discover music they might not otherwise encounter: “children and young people love games, so it's a terrific opportunity to introduce them to music… and there’s such a wonderful breadth of styles and orchestration within the medium.” This host of music ranges from the nineteenth-century Russian folksong Korobeiniki heard in ‘Tetris’ to the elegant string quartets of Hideki Sakamoto, which accompany puzzle-game ‘Echochrome’.

Jessica also emphasises the vibrant connection between soundtrack and player experience: “the licensed songs in the FIFA games do a great job of supporting the buzz and excitement of the match… [They’re] a huge hit with my 11-year-old!”.

On this theme, award-winning composer Stephen Baysted notes the challenges of composing for games, spotlighting the lessons budding young composers can glean from listening carefully to soundtracks: “one of the roles of music in games is to create an atmosphere which helps the audience follow the narrative, as well as heightening the emotion of a scene – or perhaps even undermining what’s happening on screen, so a character might seem fine and dandy but the music hints that someone’s about to creep up behind them… it’s about finding a way to push the right buttons at the right time.” Stephen also highlights the imaginative use of ‘soundscapes’ in computer games: “sound effects are often used to underpin or replace the ‘musical’ elements of a score. I find it intriguing how sounds from ‘captured sources’ can be used to create musical effects.” 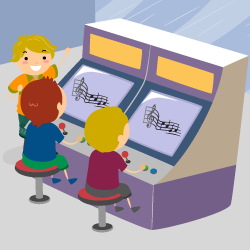 Computer games can thus be far more than just entertainment; let’s celebrate the imaginative possibilities of gaming and use this popular activity as a vehicle for learning and creativity. Below are some great ideas to get you started!

This activity explores musical changes that signal proximity to an object, developing understanding of how music is used as signals and signposts in games, and honing children’s ability to change dynamics, tempo and pitch together.

This activity explores narrative using captured sources. Children develop an understanding of how everyday sounds can be used to create an atmosphere, and develop their composing skills in layering and manipulating sampled sounds. 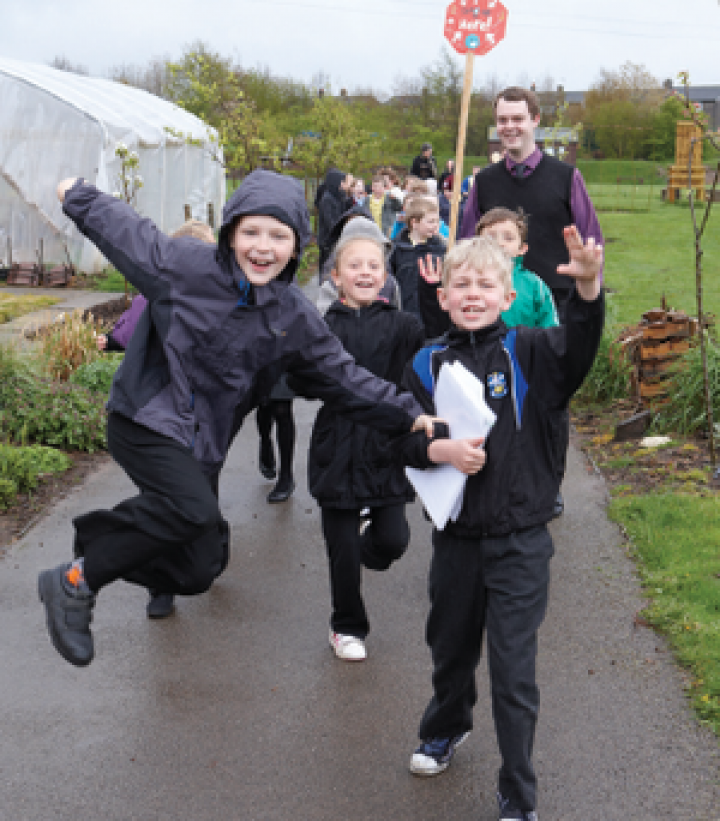 Tom Waltham, Excellence and Enjoyment Leader at Platinum school, Overthorpe C of E, tells us how you too can create special singing spaces in your school