The history of group singing is as old as our species. That’s maybe 60,000 years that human beings have been singing together. It’s only relatively recently – in the last 600 years or so, and only in some cultures – that music and singing has become something that we listen to more than something we do. However, singing remains one of those activities that literally strikes a chord in our collective unconscious; to participate in group singing is to participate in an activity that our earliest ancestors knew.

So why is singing such an enduring phenomenon? Why do we do it, and what benefit does it have for us as individuals within much larger communities? It’s not merely a coincidence that singing has been a consistent feature of homo sapiens culture – it’s actually one of the means through which we’ve been able to evolve as a species, by facilitating cooperation between large groups of people. Today, singing remains one of the most potent means of uniting people in communities, and in my opinion, it’s a key part of a healthy school culture.

It may be harder for those of us immersed in the commercialised world of western culture – and the social isolation that can come with the amazing technological achievements that defi ne our existence – to understand the fundamental power of singing together as a form of social life. However, anyone who has had the good fortune to experience other cultures where singing and music-making are an everyday form of social activity will attest to the power of singing as a way of uniting people in a spirit of cooperation and collective creativity. One of the things that has struck me from my limited time in South Africa has been the way in which singing is a form of communication always just below the surface, prone to bursting out in spontaneous moments of joy and unity – just look at the amazing spontaneous outpourings of song and dance that erupted during Nelson Mandela’s funeral.

While we may have glimpses of this kind of social cooperation through singing in western culture (for example, if we attend large public concerts or football matches and other sporting events), ethnomusicologists document the phenomena of music and singing as a form of social life the whole world over, from the Conima region of Peru to the Shona tribes of Zimbabwe to the ancient vocal traditions of Georgian song, and all points in between. Singing together appears to be something that our whole species benefi ts from participating in, and it’s little wonder that we turn to singing for its therapeutic benefi ts and its ability to lift our spirits.

The magic of singing

So what is it about singing that is so powerfully unifying? In his excellent book The Singing Neanderthals, Steven Mithen argues that music is a communication system, just like language is, but serving a subtly different function. While language is an excellent way of communicating information, music – and singing – is a way of communicating emotion. At its most basic, the prosodic motherese (baby-talk) that is shared between mother and infant in every human culture is a way of being able to maintain an emotional bond of trust between them, even when the infant is not being physically held. It’s not just humans that do this – all mammals sing to their young as a way of maintaining emotional bonds of safety and security, but for humans the need is perhaps greater. One of the impacts on our species of bipedalism – the ability to walk on two legs – has been a narrower pelvis in women that constrains the width of the birth canal, and which means that all human babies are effectively born prematurely, dependent on being looked after for an extended period after birth.

The kind of communicative musicality that unites mother and infant during this period of enormous vulnerability has other benefi ts. Evolutionary biologists like Robin Dunbar suggest that singing facilitates cooperation precisely because it enables us to maintain cooperative relations with much larger groups: the so-called ‘vocal grooming’ hypothesis. Our nearest primate relatives can only maintain harmonious relations with much smaller groups, limited by the number of individuals one can have an intimate physical ‘grooming’ relationship with. Singing or communicative musicality enables the same kind of trust among groups, but in much larger numbers.

The emerging scientific field of Interpersonal Neurobiology may reveal still more potent arguments for the importance of singing. The limbic parts of the brain – which all mammals possess as part of the neural chemistry which facilitates emotional bonding – function as an ‘open-loop’ system, ie. they require the presence of other mammals, ideally of the same species, to regulate them. Singing together may help to synchronise this resonance circuitry between individuals, leading in turn to a greater sense of individual wellbeing and social cohesion. It’s the same emotional sense we experience when we feel loved, and something that everyone therefore deserves.

Because singing facilitates cooperation – and has done for tens of thousands of years! – it’s a great way of building trust beyond friendship groups and also between staff and students. It’s a timeless approach to saying, ‘I’m not a threat to you – I’m willing to cooperate with you,’ but in a much more powerful way than mere words ever could. Singing together is also therefore a means of manifesting your school’s principles and values of cooperation, trust and mutual respect. When we sing together, we are literally ‘hearing’ everyone’s voice.

However we may feel about singing, it’s our birthright as human beings. When we sing together, we’re not just making music; we’re also participating in one of the oldest traditions known to our species that helps us to cooperate with our fellows. So when we promote group singing for our students and our school communities, we are not just helping them to have fun and learn together, we are facilitating their full participation in what it means to be human. 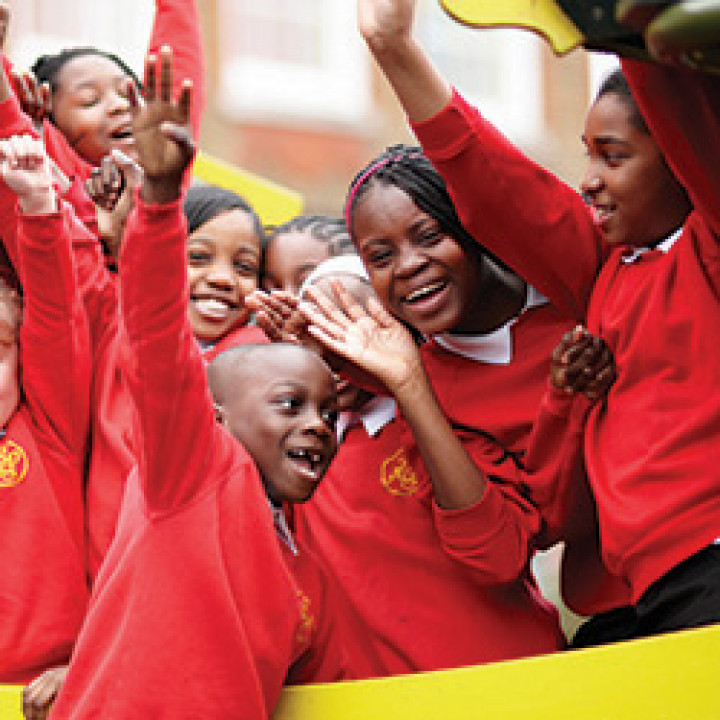 Singing schools
Why do we sing together?